Actor Taapsee Pannu, who is quite vocal on Twitter, reacted to a recent Supreme Court hearing on a rape case. A government servant has been accused of raping a girl and the hearing took place on March 1. The Supreme Court bench asked if the rape accused was willing to marry the survivor. 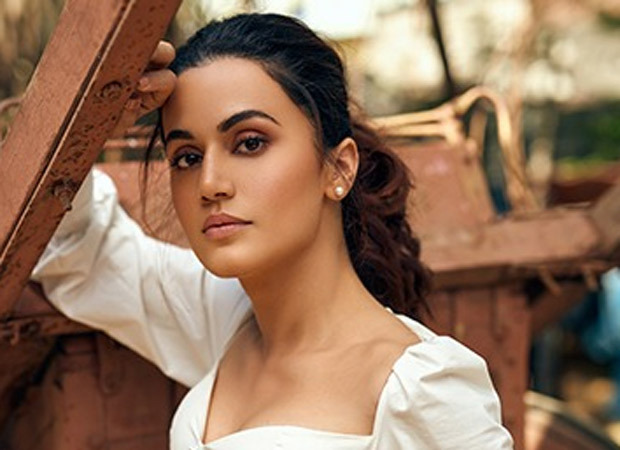 Taapsee took to Twitter to express her anger over this statement and said, “Did someone ask the girl this question? If she wants to marry her rapist !!!??? Is that a question !!!??? This is the solution or a punishment? Plain simple DISGUST.”

Did someone ask the girl this question ? If she wants to marry her rapist !!!??? Is that a question !!!??? This is the solution or a punishment ? Plain simple DISGUST ! https://t.co/oZABouXLUP

Singer Sona Mohapatra also tweeted, “This is sickening & deeply disturbing. A rapist marrying his victim has been a gory & repulsive Bollywood solution in the past, how can a Supreme Court of #India fall to these levels?”

According to Live Law India, “A bench headed by the Chief Justice of India was hearing a special leave petition filed by the man, who is now a government servant in Maharashtra, against an order of the Bombay High Court (Aurangabad Bench) which cancelled his anticipatory bail. ‘Will you marry her?’, CJI SA Bobde asked the petitioner’s lawyer when the matter was taken. ‘I will take instructions’, Advocate Anand Dilip Langde, petitioner’s lawyer responded and sought a pass over. The lawyer submitted that his client was a government servant who will be suspended from service if arrested in the case. The petitioner, Mohit Subhash Chavan, presently aged 23 years, was accused of raping a 16-year-old girl during 2014-15.”

ALSO READ: Taapsee Pannu reunites with Thappad co-star Pavail Gulati for Dobaaraa; says this is a chance to mend his mistake