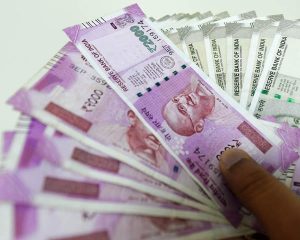 India may not presently be high on your agenda. Nevertheless, it is time to sit up and reconsider your options because India is a nation on the move.

Increasing external debt, balance of payments problems, insufficient value-added exports, etc., are hurdles of the past that India has already distanced itself from.

All this has been possible because India has systematically set about achieving its goals.

Save on money transfer services to india, get the best exchange rates to send money to India & Reliably transfer money to loved ones.

What are the top banks in India?

How many banks are there in India?

There are currently 27 Public sector banks in India out of which 19 are nationalised banks.

The RBI is also known as the Banker’s Bank.  The indian banking system works according to the guidelines issued by the RBI.

Foreign banks having branch or presence in India.

What are the Best private sector banks in India ?

Banking in India started in the last decades of the 18th century. The first banks were Bank of Hindustan (1770-1829) and The General Bank of India, established 1786 and since defunct.

In 1969 the Indian government nationalised all the major banks that it did not already own and these have remained under government ownership. They are run under a structure know as ‘profit-making public sector undertaking’ (PSU) and are allowed to compete and operate as commercial banks. The Indian banking sector is made up of four types of banks, as well as the PSUs and the state banks, they have been joined since 1990s by new private commercial banks and a number of foreign banks.

Banking in India was generally fairly mature in terms of supply, product range and reach-even though reach in rural India and to the poor still remains a challenge. The government has developed initiatives to address this through the State bank of India and other public sector banks.

What is the Biggest Bank in India ?

Types of Banks in India